We’ve all experienced how relaxing it is to walk into your home after a long day in the sun and be greeted by a cool breeze. This relief is provided by your refrigeration system. Evaporative cooling, also known as adiabatic cooling systems, uses the basic principle of water evaporation to cool air to a comfortable temperature. The refrigerant in this cooling and ventilation method is water.

Water evaporates as air steam and transforms from liquid to gas in an evaporative cooling system. The energy extracted from air as heat is required for the transition. The air is cooled as a result of this process.

The evaporative cooling process may be applied in several ways, including:

Evaporative cooling systems, according to the HVAC experts at Chills on Wheels in Jackson, FL, can reduce the temperature of your home by 15–40 degrees. This makes evaporative coolers ideal for a variety of homes, including those in the southeastern United States. Evaporative cooling units are also easier to install and cost about half as much as central air conditioning systems.

How do evaporative cooling units work?

A motor-driven fan forces hot air from outside through wet pads in an evaporative refrigeration system. The wet cooling pads are constantly moistened by a water pump, which makes them wet. This cooled air is then blown into your structure.

Outside air can cool between 60 and 90% of the wet bulb. However, the effectiveness of the evaporative media must be considered. This lowers the air temperature by 10-15 degrees Celsius while increasing humidity.

Two-stage evaporative cooling systems, on the other hand, have a wet bulb efficiency of up to 114% and can reduce indoor temperatures by up to seven degrees Celsius. It has 60% less humidity due to the lower temperature.

Mechanical refrigeration systems are primarily used in commercial and industrial settings. These systems are critical in creating safe storage and preservation environments for products.

To transfer heat, vapor compression refrigeration systems compress the refrigerant to a cold liquid under low pressure and expand it to a hot gas under high pressure.

The hot vapor condenses after the refrigerant vapor exits the compressor. The refrigerant enters the condenser at this point, where it flows through several S-shaped tubes while a fan blows cool air across them.

Heat transfers from the tubes to the cooler air because the air blown into the refrigerant by the fan is cooler. As a result, the hot vapor refrigerant reaches saturation and transforms into a high-pressure liquid.

The refrigerant is ready for metering and expansion once it has transformed into a high-pressure liquid.

The refrigerant is ready for the evaporation stage, which finally removes the heat from the space where the air conditioning system was installed. During this stage, the cool refrigerant exits the expansion valve and enters the coiled tubes of the evaporator.

Fans are used to push warm air from your room through the evaporator coils. The cool refrigerant in the coils begins to absorb heat from the warmer air, lowering the temperature in your room. All of the processes of a vapor compression system are present in a vapor absorption refrigeration system, including compression, condensation, evaporation, and expansion. However, instead of a mechanical compressor, it uses refrigerants that can absorb other substances for the vapor compression cycle.

The refrigerant in vapor absorption systems is water, ammonia, or lithium bromide. The refrigerant will be compressed by the compressor and evaporate in the final stage, just like in a mechanical compression refrigeration cycle.

A suction and compression process is handled by two devices known as absorbers and generators in vapor absorption refrigeration cycles. These devices are used to replace the compressor in vapor compression systems.

The absorbers allow refrigerant to flow while absorbing substances and transporting them to the generator. The following are the parts of a vapor absorption system:

The evaporator’s primary function is to cool the part with which it comes into contact. Under low temperatures, the refrigerant enters the evaporator and is converted to vapor. The vapor is kept at low pressure and is directed toward the absorber.

The absorbers contain a weak ammonia and water solution. The water in the absorber absorbs the ammonia vapor as it moves from the evaporator to the absorber. As water continues to absorb ammonia, a strong ammonia solution forms.

When ammonia is absorbed, heat is released from the water, reducing its ability to absorb additional substances. As a result, cold water flows to the absorber to maintain the water’s absorptive capacity and ensure there is no ammonia vapor.

The pump aids in moving a concentrated ammonia and water solution from the system absorbers to the generator.

The heat for the auxiliaries comes from outside. Auxiliary heat can be provided by steam, hot water, or any other type of heater. The heat aids in the conversion of the water and ammonia solution to vapor.

Ammonia is separated from water particles using analyzers. This is because ammonia vapor forms before water particles. Water flowing past the generator reduces the efficiency of the entire system and can damage it.

The analyzer condenses the water, allowing ammonia to enter the system. Although some ammonia particles may condense in the analyzer, the vast majority of the vapor will pass through.

When the ammonia vapor passes through the analyzers, it leaves a weak solution in the generators. It then returns to the absorber via the pressure-reducing valve.

Condensers turn ammonia vapor into liquid. Condensers can be either air-cooled or water-cooled.

A thermoelectric refrigeration system does not require water or other refrigerants. Electric current and thermocouples are used. When current is passed through the thermocouples, they become hot on one end and cool on the other.

The cold side of the thermocouple is kept in the cooled area to attract heat and eliminate it from the atmosphere. Although thermoelectric refrigeration and air conditioning have limited cooling capacity, they are ideal for small cooling loads such as those found in electronic systems.

Looking for an air conditioning contractor in Jacksonville, FL? Chills on Wheels heating & air is here for you!

Chills on Wheels is a reputable heating and air conditioning service company that has provided quality AC installation and repair services to Jacksonville residents for over two decades. Our expert air conditioning technicians provide excellent service to keep you comfortable and productive. For a free quote or to schedule a service, call (904) 379-1606!

We proudly repair and service all brands. We install: 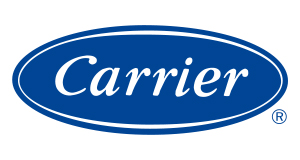 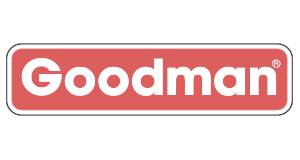